Carbon economy and wetland protection to benefit from new app

It calculates the tons of carbon that would be released if a pre-determined area of mangrove forest was cut down.

The team’s research has shown the amount of carbon that mangroves are capable of storing is 10 times higher than commonly believed. Coastal wetlands in general store more carbon than rainforests.

“They can use this to assess if the wetlands in their areas of interest are being properly valued in terms of their carbon storage,” Dr Brown said.

“So aside from the environmental benefits of reducing carbon emissions into the atmosphere, calculating carbon storage also offers an economic incentive – carbon that we can avoid emitting is what can be sold to the carbon market.”

“The problem is that calculating carbon emissions from coastal wetland degradation and deforestation is difficult and not everyone can do them,” she said.

“With the web app, people can see how much carbon they can avoid emitting and protect these areas.”

Dr Adame has previously been funded by the Leonardo DiCaprio Foundation to help value the carbon stored in some of Mexico’s mangrove forests, where she used the web app to report on how much carbon was saved through protection, which can be used to value the carbon for carbon trading schemes.

This means communities can receive income to keep protecting their mangroves.

The release of the Mangrove Carbon Emission Simulator coincided with World Wetlands Day on Saturday, February 2.

This article was originally published by Griffith University. 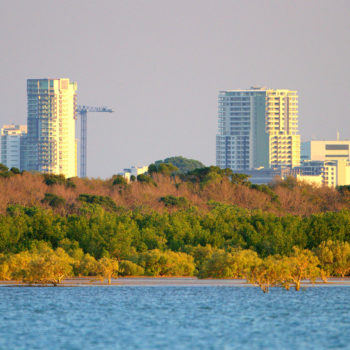 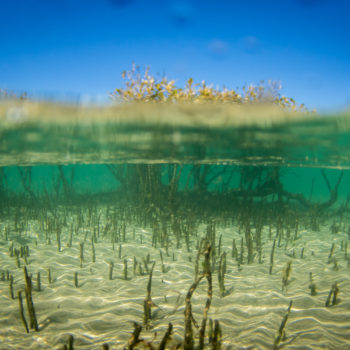