Deep learning has fast become recognised as a powerful data processing tool for ecologists faced with vast amounts of image-based data. The ability of deep learning to accurately detect target species in videos and images unlocks the potential for rapid processing of data that usually requires hours of manual labour.

Despite these advantages, one of the key challenges is creating a model that can detect a given target in any situation. For example, accurately detecting a fish species from within different habitat types. This issue is known as domain shift; where the data the model has been trained on (e.g. seagrass habitats) is not an accurate enough representation of the data it is asked to predict on (e.g. reef habitats).

We wanted to know:

For our two habitat types, the “domain” can be quite different:

We found that models trained on a singular habitat, then tested on the other habitat do not perform well, demonstrating the phenomenon of ‘domain shift’. 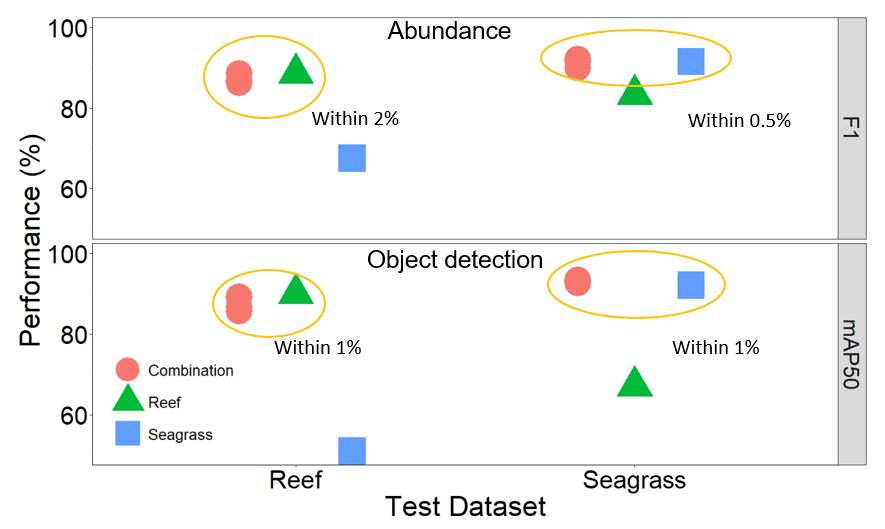 We conclude that if a researcher is interested in only a single habitat type, their model would be most accurate trained only on that habitat. No surprises there!

On the other hand, if researchers are interested in a range of habitats, we show that models trained on multiple habitats do not significantly reduce the quality or accuracy of the model’s ability to detect fish.

If a large distribution must be monitored, researched could use a combined model and continuously add to this model instead of re-training or creating new models for each habitat. 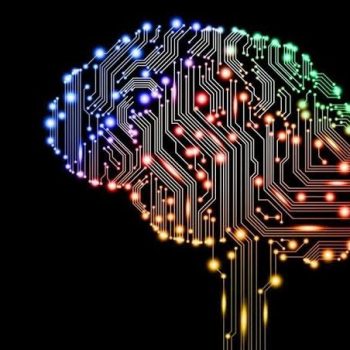 New funding to support a synthesis of mangrove threats, governance, and conservation outcomes. 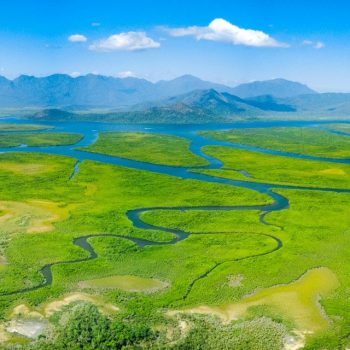