Habitat degradation is a global crisis. Quantifying and evaluating habitat change and its impacts on ecosystem function is needed to inform management and conservation that ultimately safeguards biodiversity and human benefits. Many of these benefits in coastal ecosystems depend not only on habitat status, but also its connections with other habitats.

The International Union for the Conservation of Nature (IUCN)’s Red List of Threatened Species is well regarded for assigning a risk of extinction to individual species. Their framework has been applied to more than 100,000 species! Now, they’ve created a Red List of Ecosystems (RLE) framework. This is used to categorise the risk of ecosystem collapse into similar threat levels (e.g. Endangered and Vulnerable). 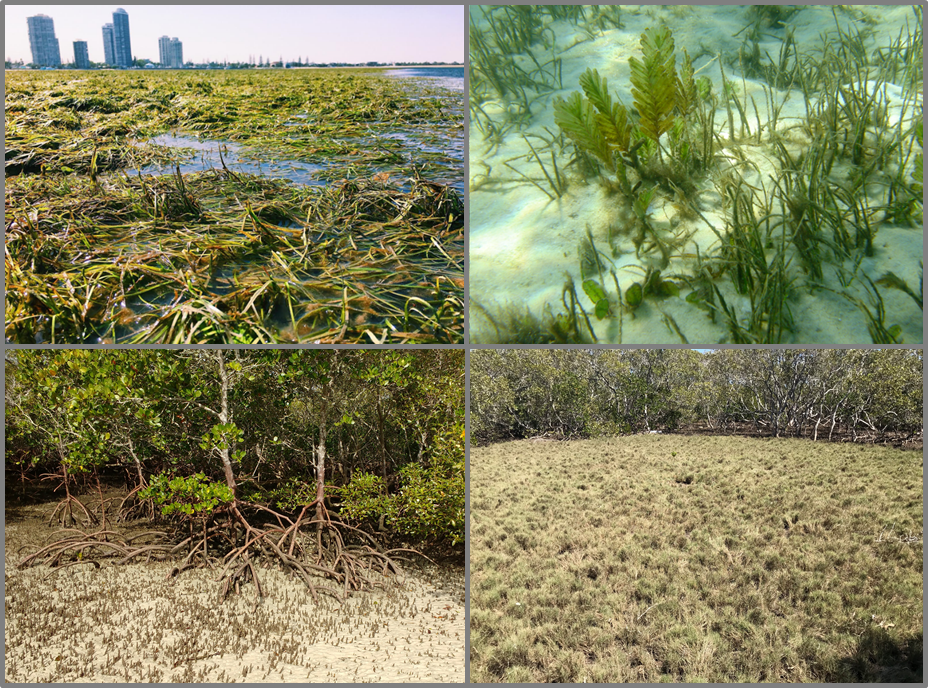 Most RLE assessments have assessed single ecosystems in isolation. But there are likely benefits in integrating the outcomes of assessments for connected ecosystems. This is particularly relevant for many aquatic ecosystems, which often exist alongside one another in habitat mosaics, forming communities that are highly connected.

Alongside a group of expert ecologists, I assessed the vegetated coastal wetlands (seagrass, mangrove and saltmarsh) of Moreton Bay, Australia, using the RLE framework.

Our research, published in the scientific journal Ecological Indicators, found that seagrass and mangroves are in good condition, leading to a classification of ‘Least Concern’. However, over the last 50 years, the area of saltmarsh in Moreton Bay has declined by 69% due to several identifiable threats and drivers. For instance, the interaction between coastal development and sea-level-rise limits available space (known as ‘coastal squeeze’). In Moreton Bay, mangroves have encroached into former saltmarsh area as environmental conditions change over time, leaving saltmarshes nowhere to go. As a result, saltmarsh is ‘Endangered’. Minimising eutrophication (nutrient loads), sedimentation (sediment loads) and coastal squeeze will help to protect remaining saltmarsh in Moreton Bay.

Moreton Bay seagrass and mangroves were found to be in good condition, but saltmarsh is being lost leading to a status of Endangered.

Collapse in any single ecosystem can have seascape wide consequences. Since connectivity among these three ecosystems in Moreton Bay is important for maximising benefits, such as supporting fisheries, our work highlights the importance of assessing connected ecosystems simultaneously. 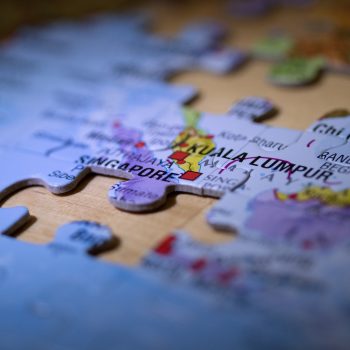 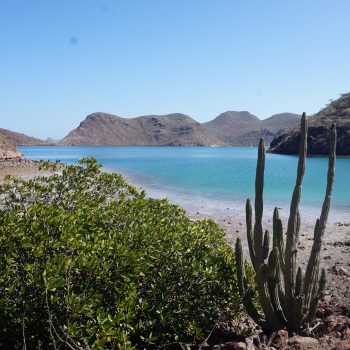